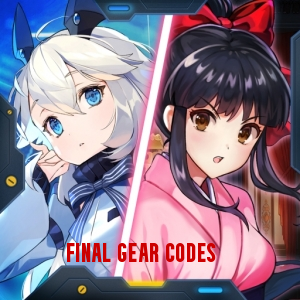 Our Final Gear Codes list features a variety of free in-game items, including system upgrades and gold. Check back here at a later date to continue receiving new content to use in-game. 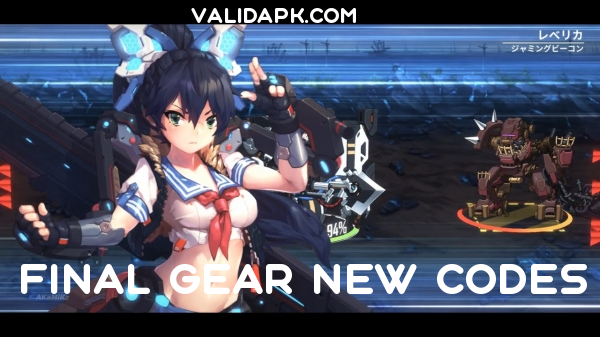 Final Gear is a role-playing game developed by Komoe Technology. This game features mech and maiden strategy based gameplay with RPG elements. You will remodel your mech with a variety of components and items to power it up. and also gain unique pilots that each have their own personalities, abilities, and even voice acting. You can also build your own base with dormitories, observation rooms, hangars, labs and warehouses to create a useful structure for mech repairs or storage. Take your mech and fighters out to battle to gain rewards and become the best player in the game!

Here is a complete list of all the active and functional codes. If you need help redeeming codes in Final Gear, please follow the instructions below! By hitting CTRL + D on your keyboard or the Add to Bookmark button on a mobile device, please save this page.

The most recent working codes for Final Gear are shown here. You can get free crystals, gold, and other things from these! Codes do expire after a certain amount of time, so be sure to use them as soon as you can.

ShortyBlueJova – Use Final Gear Reddit code for Gold, 10 System Upgrade, and Piloting Theories in the game.

FGCC10A1 – Use Final Gear Promotional Code in the game and get 150 Crystals.

YDCBGames – Redeem these Final Gear Crystal Codes and get 300 Crystals in the game.

FIRSTIMPACT – Redeem this Final Gear Free code and get different free rewards in the game.

OhBIGz – Use this Final Gear Promo Code for Gold, Upgrade, and Rewards

MRSilver – Get 600 crystals in the game by redeeming this Final Gear Promo Code.

FG3000– Redeem this Final Gear Source code in the game and get free rewards. 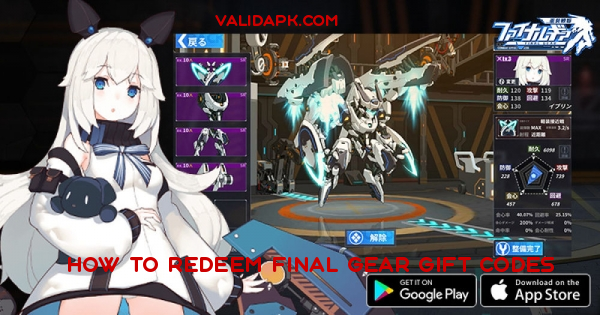 How to get more Final Gear Gift codes?

At present, there are several ways to obtain more gift codes. Some of the methods discussed above have not been seen on any of the aforementioned platforms; however, one of the primary methods for obtaining codes is from the official Facebook page (here), Twitter (here), and some might be shared on Discord. If you are not keen on searching everywhere for these codes, you can always return here as we endeavour to update this page regularly.

Komoe Technology’s Final Gear Quiz is a mech and maiden strategy game. It allows players to become powerful pilots that control powerful mechs and take them into battle against other players for rewards. The game features over 100 different pilots and in-depth customization options for their mechs, allowing players to remodel their mechs with a variety of components and items to power them up.

Additionally, players can get unique pilots that all have their own personalities, and abilities: they even have voice acting! Players can also build their own base with dormitories, observation rooms, hangars, labs, warehouses, and more! Take your mechs out to battle against other players for rewards; become the best player in the game! 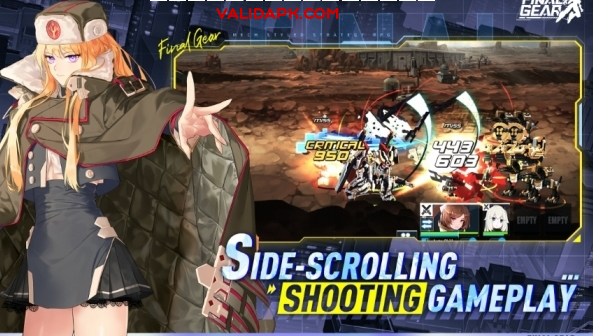 This page lists all the codes available in Final Gear. If you have found any that are not listed here, please let us know in the comments section and we will add them right away.

you can get more Gift codes and Mod Apps from validapk.com